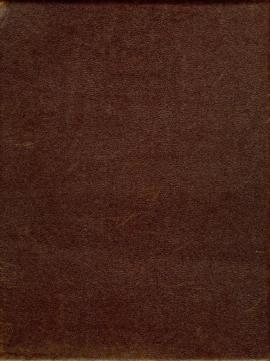 The Canadian Legion of the British Empire Service League Branch 76 received its charter on December 2, 1926. The inaugural meeting was held in the Great War Veteran’s Association (GWVA) Hall in Sudbury, Ontario. The GWVA disbanded shortly after the formation of the Legion with the goal of the new association to include all veterans in a national organization to help meet their needs, educate the public, remember those who gave their lives in service and help promote world peace.

The Legion was first located in the basement of the old post office on the corner of Elm Street and Durham Street in Sudbury, Ontario and became known as “the Dugout.” In the 1930’s a soup kitchen was added and clothing was also made available to those in need.

By 1948, the Branch officially opened the Canadian Legion Memorial Hall on the corner of College Street and Frood Road in Sudbury, Ontario. The land was donated by William Edge Mason and the building was built with the intention of creating a permanent memorial for those who lost their lives for their country and also to serve as a recreational and cultural centre.

After the Legion relocated, they decided to create a Book of Remembrance to record the names of the citizens of the Sudbury area who lost their lives during both world wars. The names were researched by Branch 76’s Honour Roll Committee and the names in the book were written and illuminated with red maple leaves by Roy Barnes. The pedestal to house and display the book was built by Arthur Irvine. The Book of Remembrance was dedicated on November 11, 1949. The Korean War list was later added in the back of the book.

In 1954 the Legion worked with the City of Sudbury in a joint project to construct a Cenotaph in Memorial Park. In 1957, the Memorial Park Cenotaph was dedicated to the soldiers from the Sudbury area who lost their lives during the First, Second and Korean Wars.

Branch 76 continues today to serve Veterans, their families and communities and to promote remembrance.

Records were donated by the Royal Canadian Legion Branch 76 in 2018.

The original Book of Remembrance is located at Tom Davies Square.

During the late 1920's, the former Town of Sudbury constructed a Cenotaph on the corner of Lorne Street and Elm Street (155 Elm Street West). It was dedicated on August 20, 1928 by General A. H. Bell. This Cenotaph was the site for Remembrance Day services for many years and is still maintained by Branch 76.

In 1992, the former City of Sudbury commissioned the building of a monument to honour its citizens who died while serving their country. On October 31, 2004, the City of Greater Sudbury dedicated a 42 foot long, 6 foot high, granite wall in Memorial Park (near the Memorial Park Cenotaph) to the Greater Sudburians who lost their lives while serving during war and peacekeeping missions.