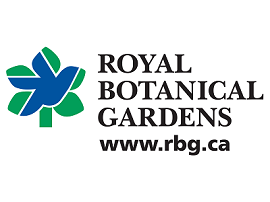 Royal Botanical Gardens is located in Hamilton and Burlington, Ontario. It is Canada's largest botanical garden on the basis of its landscape and includes large gardens, horticultural collections, and significant natural areas. It is a not-for-profit corporation established in 1941 by the Province of Ontario and the City of Hamilton Board of Park Management through the work of founder T. B. McQuesten. Archival holdings include corporate history and extensive collections on the history of horticulture in Canada, including Canada's largest collection of horticultural trade and nursery catalogues.

Other form(s) of name

Royal Botanical Gardens' history can first be traced back to the 1920s when the City of Hamilton began acquiring land to expand its park system, provide for a new university campus, and protect a major wetland from development. This included lands secured for the beautification of the city’s northwest entrance. An accomplished lawyer and politician as well as a student of plant cultivation and plant design, Thomas Baker McQuesten, was able to convince the Hamilton Board of Park Management that a botanical garden adjacent to the planned campus of McMaster University would accomplish this goal and put Hamilton on the map as a world class city.

In 1930 the Board of Park Management received permission from England's King George V to add “Royal” to the name of the then 400 acre site, and “Royal Botanical Gardens” was born. In 1932 the original 400 acres on the south shore of Cootes Paradise Marsh was combined with 55 acres on the Burlington Heights (including the Rock Garden) and the Hendrie family's Valley Farm as Royal Botanical Gardens.

In 1941 Royal Botanical Gardens was established as an entity separate from the Hamilton Board of Park Management, governed by its own provincial Act. In the late 1940s and after, additional land on the north shore of Cootes Paradise and land across from the Hendrie Valley farm was added, as well as the Rock Chapel property on the Niagara Escarpment, resulting in the current configuration of RBG, with over 2,700 acres of property under its ownership.

In 1958 a new Royal Botanical Gardens Headquarters building was opened, providing a public centre and administrative focal point. It included space for a library, auditorium, workshop and herbarium. In 1986 the Mediterranean Garden opened featuring plants that are at their best between February and March, when the other gardens are dormant.

In the late 1970s additions converted the former RBG Headquarters into the RBG Centre as it exists today. This included the addition of a suite of rooms to house library and archive collections. Further renovations have included addition of the LEED-certified Camilla and Peter Daglish Atrium and the Stedman Exploration Hall to RBG Centre, and the opening of the Helen M. Kippax Wild Plant Garden in Hendrie Park.

Royal Botanical Gardens is a not-for-profit corporation established by an Act of the Legislature of Ontario (Bill PR-7, 1989). It was established by an earlier provincial act in 1941, following approximately 15 years of development under the City of Hamilton Board of Park Management.

Mission Statement (2014):
We dedicate our expertise in horticulture, conservation, science and education – together with our unique gardens, facilities and natural lands – to inspire and nurture society’s commitment to the environment.

Vision Statement (2014):
Royal Botanical Gardens is a global leader in how we use plants and the natural world to connect people, place and sustainable behaviors.

By appointment during office hours Monday through Friday.

Appointments are required to view the archives of the Centre for Canadian Historical Horticultural Studies or Royal Botanical Gardens. Please contact David Galbraith at dgalbraith@rbg.ca or call 905-527-1158 (1-800-694-4769), ext. 309 to schedule an appointment.

Royal Botanical Gardens is committed to accessibility for all visitors. All service and companion animals are permitted in all buildings and garden areas. Wheelchairs are available for use free of charge with identification at the main kiosk/information desk in RBG Centre. RBG Centre, where the archives are held, is barrier free. There is elevator service to the second floor. Please contact us ahead of time with any additional accessibility requirements.