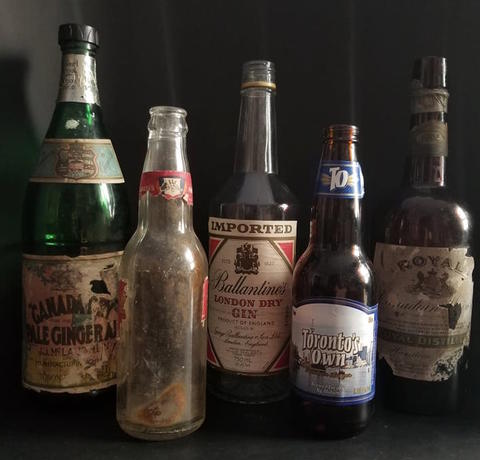 Bottles were donated to Heritage York for display at Lambton House by various donors, including Madelaine Mcdowell and Joy Cohnstaedt. Joy was responsible for donating the Royal Distillery Canadian whiskey bottle and the Ballantine’s London dry gin bottle.

Collection contains 11 empty bottles that range in dates over the 1900s. They are demonstrative of what may have been served or used at Lambton House while it was operational as a tavern.