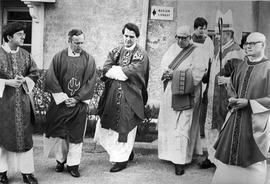 This picture shows Father O' Brien leaving the Church of Our Lady after the ordination with Bishop Paul Reding of the Hamilton Diocese and concelebrants. 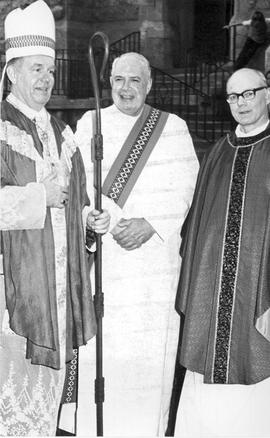 This picture shows Rev. Edward O' Brien (centre) after being ordained into the Society of Jesus at the Church of Our Lady. 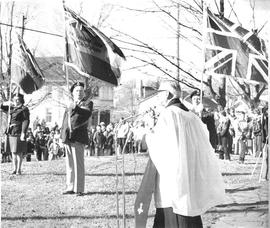 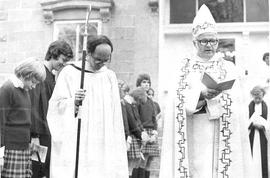 This picture shows Bishop John Bothwell on the far right dedicating a school in Elora. 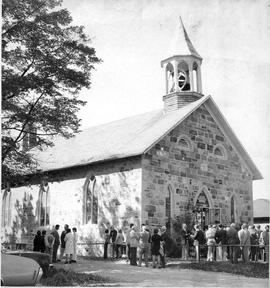 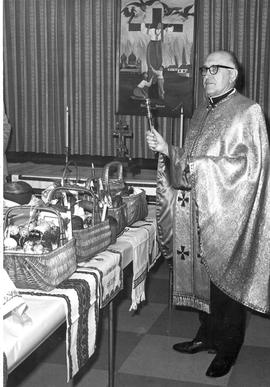 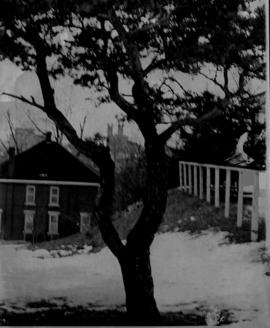 Church Through A Tree

This photograph shows the Church of Our Lady through the arms of a tree. This picture shows pallbearers carrying the casket of Diane Beitz at her funeral service. Beitz, 23, was found strangled to death in her apartment. 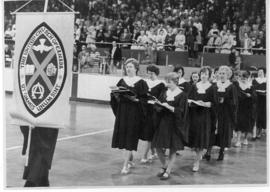 This photograph shows a gathering of the United Church of Canada at Guelph Memorial Gardens to celebrate the 50th anniversary of its founding. 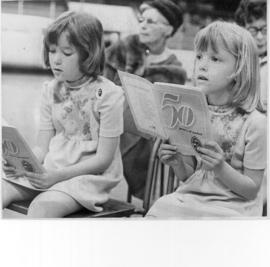 Hey, That's Daddy Up There!

This photograph shows Cheryl and Cathy Manning at a service at Guelph Memorial Gardens. They watched their father Dr. Gerald Manning direct the choirs at the service held for the founding of the United Church of Canada. 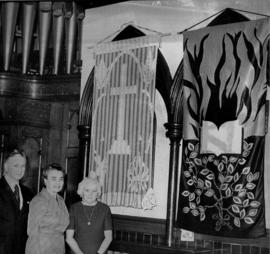 Mighty Expression Of Faith In Visual Impact Of Banners

This photograph shows Rev. Forbes Thomson, Mrs. Jesse Williamson and Miss Janey Roberts admiring two of the more than 60 banners that were on display at St. Andrew's Church. 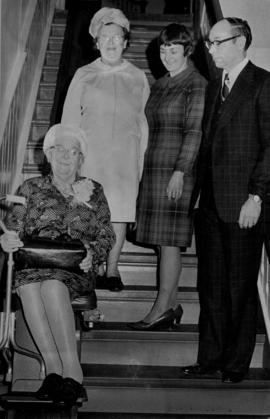 This photograph shows Mrs. N.H. Wilson taking the first ride up the lift chair which was installed at Dublin Street United Church. She is joined in the photograph by Mrs. Alan Blyth, Mrs. Murray Maxwell, and Ken King. 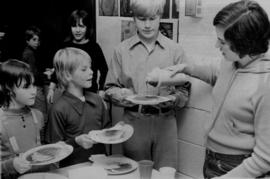 This photograph shows pupils of St. Francis of Assisi partaking in a Shrove Tuesday pancake meal. Pictured here are: Chris Reeve (far right) adds some maple syrup to the plates of (L to R) Della McLean, and John and Ted Szymanski. 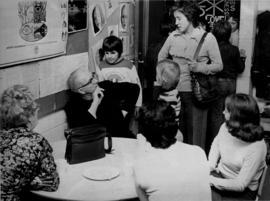 They Went To School For Pancakes

This photograph shows Rev. Victor McNamara of St. Joseph's Church talking to some parents and pupils taking part in a pancake supper in honour of Shrove Tuesday. 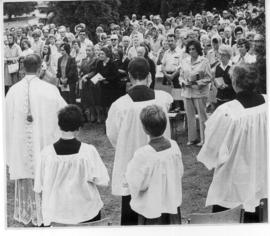 An estimated 300 Guelph and area Roman Catholics attended an outdoor mass at Marymount Cemetery in memory of the city's dead. The mass was celebrated by Bishop Paul F. Reding of Hamilton. 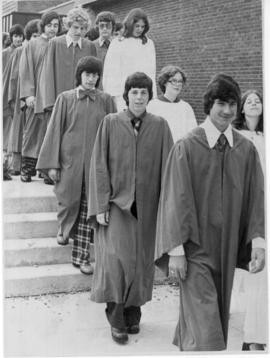 This photograph shows Grade 10 students at St. James Junior High School taking a short walk to attend mass at St. John's Church and start off a history-making day for Catholic education in Wellington County. The mass was the first graduation of a grade 10 class in the separate system in the county. 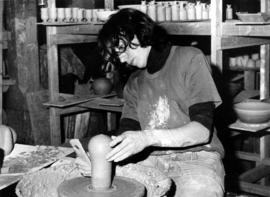 This photograph shows Pat Foote-Jones making a piece of pottery at the old Henderson Street Church. The church was converted into a pottery studio by Peter and Nancy Knudstrup. 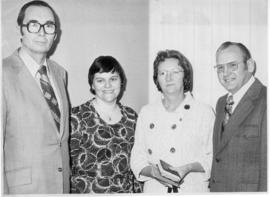 Service of Organization for Priory Park

Priory Park Baptist Church was officially recognized in a service of organization held at the church at Torch Lane and Janefield Avenue. The church began as a mission sponsored by the First Baptist Church and assisted by the Baptist Convention of Ontario and Quebec. Seen here are Baptist Church Deacon Harley Iler, Lois Young, Mrs. V. L. Pearson, and Priory Park Pastor Keith C. Cooney. 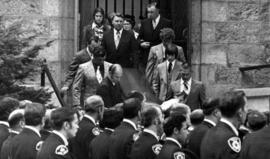 This photograph shows firefighters paying their respects to firefighter Phillip Leroy Bennett as his casket is carried out of Dublin Street United Church.