This file contains the list of reading material available in the Mechanics Institute's library. 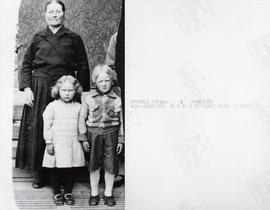 One print of a black and white photograph of Amalia Koivula with [two of her grandchildren].

Series consists of one (1) matted and framed portrait of Hazel Wilson (later Austin), c1920s. It was taken in Port Hope, possibly by Trott.

The fonds consists of materials related to Deane Cameron’s professional career in the Canadian music industry ,predominantly as President of EMI Canada and as a member of various national music associations and committees. It also consists of material relating to Cameron’s personal life, including correspondence, photographs and ephemera, much of which involves musicians or individuals in the music industry.

Series consists of a ceramic depiction of a church inscribed with the word: Alajärvi (This is a depiction of the church in Alajärvi, Finland where Eeva Annikki Kantokoski was baptized in 1924.); an annotated pocket-sized "New Testament of Our Lord and Saviour Jesus Christ Translated out of the Original Greek and with the Former Translations Diligently Compared and Revised by his Majesty's Special Command," published in London by Collins' Clear-Type Press in 1936 (This pocket-sized bible was a gift given to Ann Koski on the occasion of her confirmation by her Confirmation Teacher pastor [Mathew H. Lepisto], and is signed by him); and a book entitled: "Jane Withers Twentieth-Century Fox Film Star - Her Life Story," published in Racine, Wisconsin by Whitman Publishing Company, 1936 (The inside cover of the book is annotated and reads: Christmas 1936 to Anne Koski From Veikko Koski). 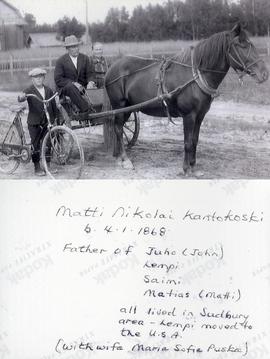 One annotated print copy of a black and white photograph of Matti Nikolai Kantokoski and his wife Maria Sofia sitting in a horse-drawn cart, while a young boy stands beside them holding a bicycle. 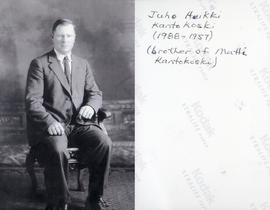 One annotated print copy of a black and white photograph of Juho (John) Heikki Kantokoski (1888-1957), son of Matti Nikolai Kantokoski. In Sudbury he worked with his brother Matias (Matti) Niilo Kantokoski in the Prince Arthur Café.

File consists of one photograph taken by Jack Heit of Bell Park during the summer. 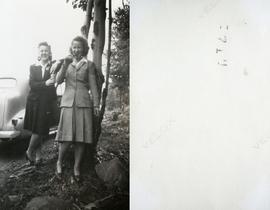 One photograph of Lilja Koivula (left) and Taimi Koivula (right).

Series consists of seven photographs and two annotated colour photocopies of a picture of Azilda. 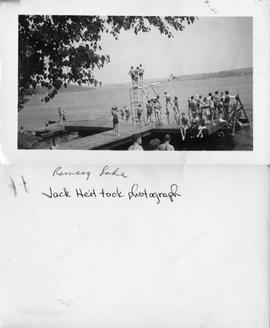 One annotated photograph of a crowd of over forty people gathered on a dock at Lake Ramsey in Bell Park. An individual can be seen diving off a diving board, as three boys stand on the diving board and watch.

File consists of two photographs of priests. One of these images is printed as a postcard. 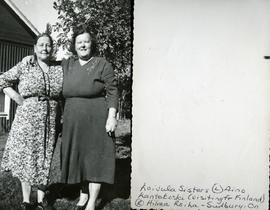 One annotated photograph of Aino Koivula Kantokoski (left) and Hilma Koivula Roiha (right) standing in front of a building.

File consists of three photographs of buildings; one of a Municipal Building in Rayside Balfour, one of Ecole Ste. Marie in Azilda, and one of a sky view of buildings in Azilda. File also contains two annotated colour photocopies of the sky view picture of Azilda. 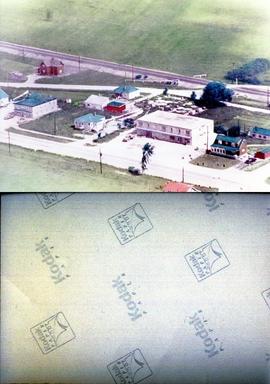 The collection consist of various materials related to Oxford Regional Centre including photographs of the facility, including construction photographs; plans related to the Tubercular Unit; informational brochures, and newspaper articles.