Item is a commemorative token for the coronation of King George VI and Queen Elizabeth in 1937.

Fonds consists of material regarding Operation Ginger and Operation Essay during 1970-1971. There are general files pertaining to 2 Combat Group, Camp Petawawa, the Land Force Policy Review and the 2nd Canadian Infantry Brigade. Fonds is comprised of the following series:

Fonds consists of six publications / newsletters of the 2 Technical Regiment, RCEME(M) and entitled “Two Tech. Tradesman”. They date from 1959 to 1962. In the publication, there is a summary of what the regiment did during a certain period of time and what will happen in their future. Also includes pictures of the regiment and the newsletter also publish a small article on the soldier of the month. 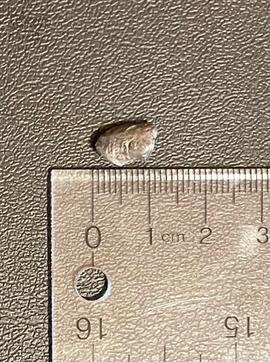 Fonds consists of documents printed from 16 computer disks and includes all the staff work done to prepare and deploy the units of 4 Canadian Mechanized Brigade Group [CMBG] for the mission to UNPROFOR [United Nations Protection Force] and Operation Harmony in Croatia. Includes the following on Operation Harmony: a draft establishment; a guide to tactical organization; briefing outlines and assignments, training guidelines for tasked units; and joining instructions. Also includes documents re 4 CMBG staff inspection, and operations and training.

Fonds consists of flight log, range chart, information sheet and a large map regarding Trip 599, the last flight for 426 Squadron from Shemya, Alaska to Haneda, Japan on 2 June 1954 during the Korean War.