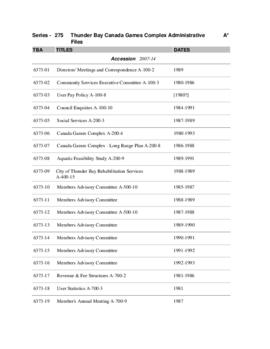 The Canada Games Complex, located at 420 Winnipeg Avenue, Thunder Bay, Ontario, was constructed as a venue for aquatic events for the 1981 Canada Summer Games. Construction began in 1979 and the Complex officially opened on July 2, 1981. The Canada Summer Games took place there August 9-22, 1981. The Complex was built to host swimming, diving, and water polo at the Summer Games, but ancillary facilities were also included in the interests of the long-term viability of the Complex as a total fitness and recreation centre facility within the community. Among its amenities are a waterslide, exercise equipment, a running track, weight room, facilities for racquet sports, a restaurant, and a pro shop. In addition, the Complex offers a wide range of fitness and recreation programs and courses. 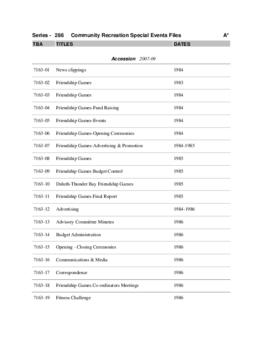 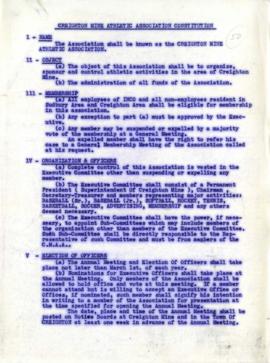 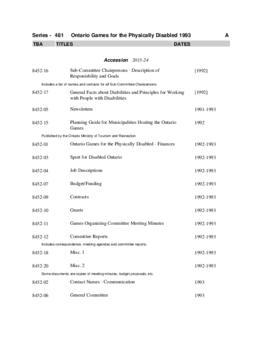 Ontario Games for the Physically Disabled

This series contains records related to the organization and planning of the 1993 Ontario Games for the Physically Disabled. The City of Thunder Bay hosted the event along with the work of ten committees. The committees were made up of city staff from the Parks and Recreation Department and enthusiastic volunteers from the community.
Some of the records in the series involve correspondence, meeting minutes, agendas, committee reports, and budgeting. Some of the correspondence includes letters from the Ontario Ministry of Tourism and Recreation regarding funding. Other correspondence involves sponsors, such as the event’s Corporate Sponsor, Bell Canada. There are meeting minutes and agendas from several of the different committees that were involved in the event. Particularly, there is a large number of meeting minutes from the two most significant committees: the Games Organizing Committee, and the Executive Committee. There are reports from several different committees such as, the Fund Raising Committee, Media Relations/Promotions Committee, Hospitality Committee, Transportation Committee, and several other committees involved in the organization of the event.
Other records included are related to budgeting and the scheduling of the events. The finalized version of the budget and the official schedule are present, along with the official magazine that was published for the event. 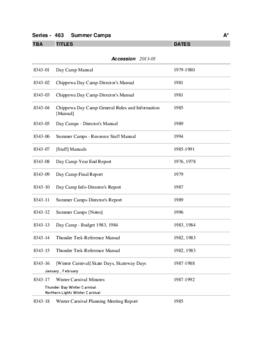 The series contains a number of manuals - camp counsellors' and directors', the Director's Annual Final Reports, photographs and scrapbooks from the Day Camps, Winter Carnival files and a number of related and miscellaneous Parks and Recreation slides.