Item consists of a photograph album containing prints relating to the British military garrison at London, Ontario in the late 1860s. 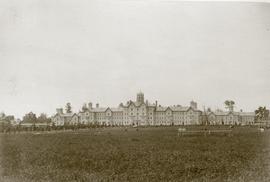 View of asylum buildings and grounds. 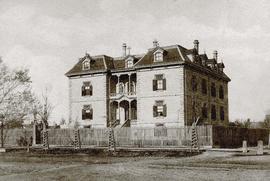 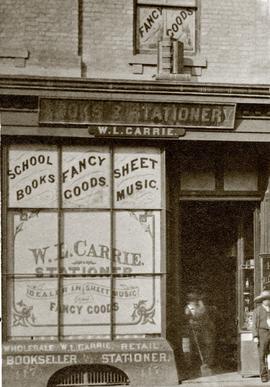 Exterior view of business and advertising on outside of building. Also identified as a Stationer and seller of sheet music. 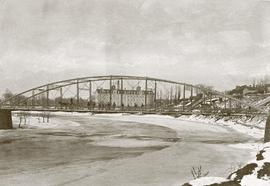 View in winter of iron Blackfriars Bridge with Carlings Brewery centred in background through the bridge.

The fonds consists of records related to the history and activities of the Brownsville Optimist Club formerly located in Brownsville, Ontario. They are arranged into the following series and subseries: 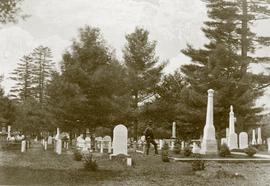 View of church and related building on property with surrounding fence. 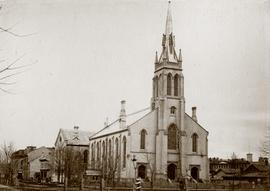 This view includes houses and other buildings behind the church. Originally called North Street Methodist Church, street was renamed Queen's Ave. in 1876 with church name following shortly thereafter. The church burned down in 1895. 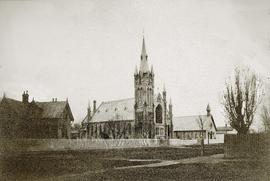 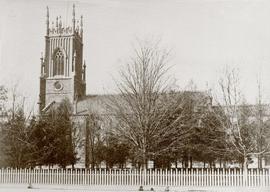 View of St. Paul's and wooden fence surrounding the property. 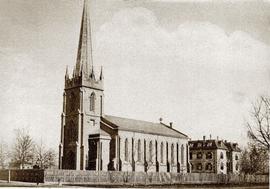 This is view of St. Peter's Cathedral with the Rectory building shown on north east corner of Richmond St and Dufferin Avenue. 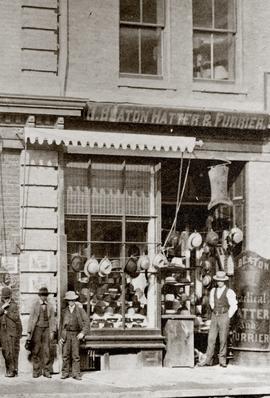 This business is a hatter and furrier; men, hats and goods are out in front of store. 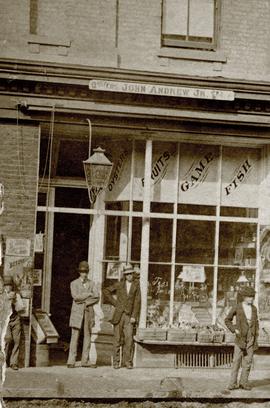 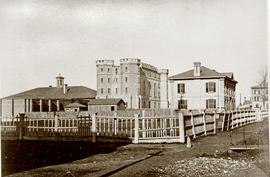 View of courthouse property including jail and another building facing onto Ridout Street. 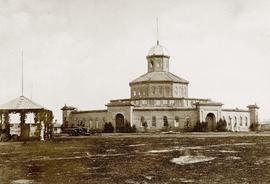 View of Provincial Exhibition building known as the Crystal Palace with gazebo to left. 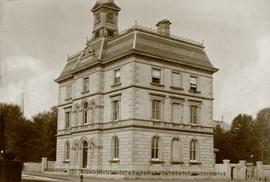 Exterior of Customs House with iron and stone fence surrounding property on east side of Richmond St. 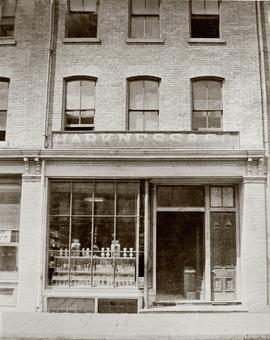