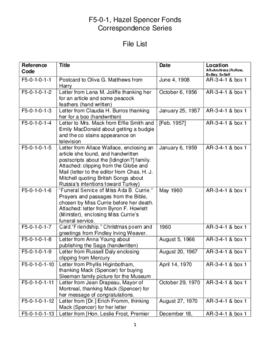 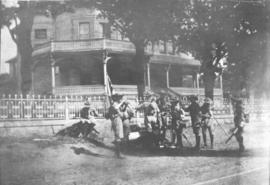 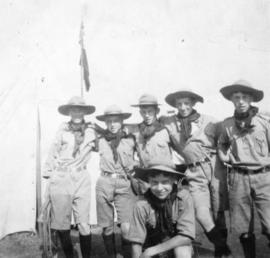 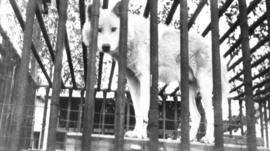 Hazel Spencer was born in Portland Maine in the early 1900s. During the Second World War she worked at a munitions factory. In 1948 she was invited to become a caretaker of the Eden Game Sanctuary and eventually operated a coffee shop in Rockwood. By the 1960s she moved to Fergus and wrote for the Guelph Mercury. She later returned to Guelph where she attended the University of Guelph. Interested in local history, Spencer, under the name Hazel Mack, authored three books: Historical Highlights of Wellington County; History of Eden Mills and Vicinity; and, The Twelve Townships of Wellington County. She died in October 28, 1993

The custodial history of these records prior to their transfer to the Guelph Public Library is unknown.

The fonds consists of correspondence and local history practice information. Also included are records relating to Horace G. Mack, which were in her possession. The fonds is arranged into three series.

These records were donated by Hazel Spencer on February 27, 1975

The original photographs in series F5-0-3 are restricted. See the series description for more details. There are no other restrictions on access.

To view records in this fonds request box 1 located on row 3, bay 4, shelf 1 from the Guelph Public Library Archivist.