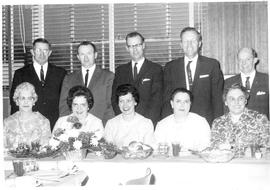 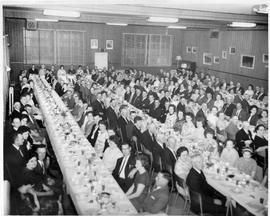 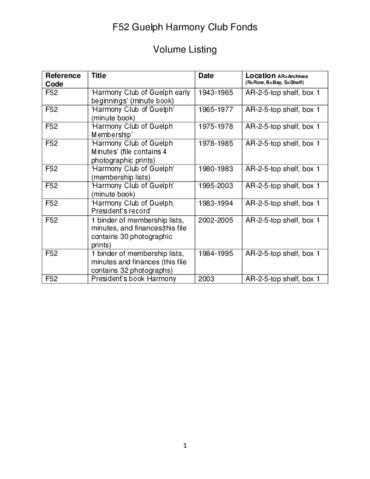 The Harmony club was established in 1943 and functioned as a dance club with styles ranging from waltzes, fox trots and square dances. Early organizers included James Richmond and Mac Ferguson with Ed Young serving as first chairperson in 1947. The first dances occurred at the Sons of England Hall near St. George's Square. Eventually the club moved to Old Fellows Hall and Orange Hall on Albert Street and Waterloo Avenue respectively. The club's final activities where held at Eden Mills Community Hall.

In addition to dances, the club participated in organizing showers, gatherings to celebrate weddings, birthdays, picnics, euchres and even baseball games. Membership fees were charged to attend the dances often to help pay for the live bands and to raise money for various charities the club donated to. Membership consisted largely of Guelphites, but over time it grew to include interested individuals from Fergus, Cambridge and Hamilton. In the beginning the club held a membership of about 75 persons. At one point membership reached about 200.

Unfortunately the club was unable to maintain its membership and disbanded in 2005.

Prior to their transfer to Guelph Public Library, the Guelph Harmony Club had unbroken custody of these records.

To access these records, consult file list F52 to identify specific files for viewing. Order box 1 and 2, Guelph Harmony Club fonds, from the Guelph Public Library Archivist. A listing is available for the majority of photographs in this fonds. To view this listing please speak with the Guelph Public Library Archivist. Please note, not all photographs have been digitized.