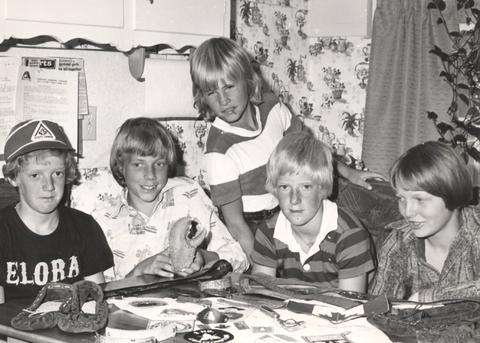 This photograph shows some of the Elora Boy Scouts who were selected to participate in the Canadian Jamboree that took place in Prince Edward Island. They met scouts from across Canada and from other countries and traded objects with other troops. Some of the objects on the table include crests from other troops, leather craft items, and a lobster claw. Pictured here from left to right are: Ian Godwin, Chris Cameron, Marvin Mulder, John Godwin and Graeme Cairns.