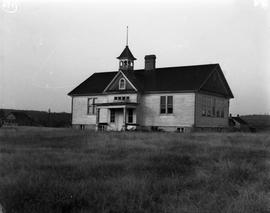 One image of the abandoned schoolhouse in Sellwood, Ontario.

Series consists of campaign literature for the 1978 Ontario municipal election, in Mississauga, Brampton, and Caledon.

Coverage is limited by response. For example, while the Town of Caledon mayoral race is covered, Brampton and Mississauga candidates did not submit material. The only school trustees to submit were running in the Separate School campaign.

Item is a picture of a building taken from the rear.

Item is a picture of a school taken from a street. A child is also in the photograph. 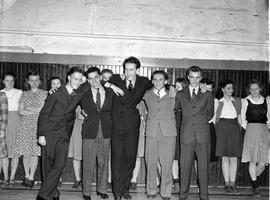 One image of Don Steepe, Viv Cullen, Hugh John Humphrey, Metty Misiak and Keith Callaghan posing together with a row of female students standing behind them during a party held in their honour in the gymnasium of Sudbury High School in Sudbury, Ontario. The students had finished high school for the year and the male students were leaving for war positions on farms and in the Royal Canadian Air Force (RCAF). 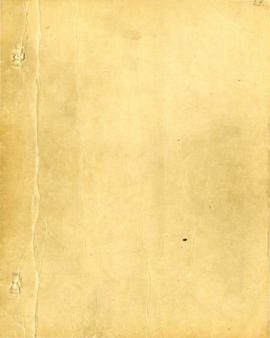 Item is part 2B of a grade eight social studies lesson plan consisting of sixteen sections that cover British history and the development of democracy in the western world. The sixteen sections include: "Part B" [an introduction], "The British Isles," "The Normans in England," "The Crusades," "Scotland in the Middle Ages," "Elizabethan England," "Additional Explorers," "Freedom in Government," "Types of Government," "National Freedom," "Individual Freedom," "The Establishment, Growth, and Influence of the Christian Church in Britain," "Slavery," "The Establishment of Colonies in North America," "Britain To-day" and "Winston Churchill." 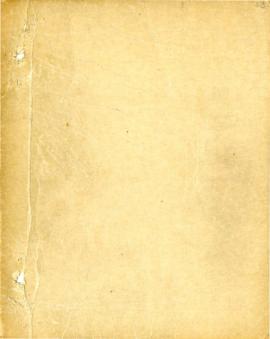 Item is part 2C of a grade eight social studies lesson plan consisting of two sections, "Part C" which is an introduction and "The Great Dominions and Ireland" which covers the history and geography of the British Commonwealth of Nations. The second section is further subdivided into six topics which include: "The Dominion of Canada," "The Union of South Africa," "India," "Australia," "New Zealand" and "Ireland." Three newspaper clippings have been placed in between pages in the lesson plan.

(Articles from identified newspapers include: "No Union in Ireland: Partition There to Stay, N.Y. Times Writer Finds," The Globe and Mail, March 10, 1948, p. 17)

(Articles from unidentified newspapers include: "India, Pakistan Involved in New Areas of Conflict" and "Chile Sets up 2nd Base Over British Protests.") 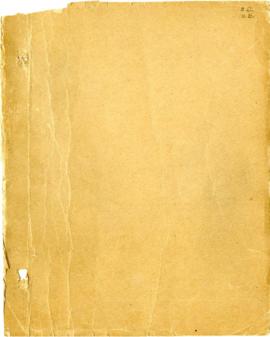 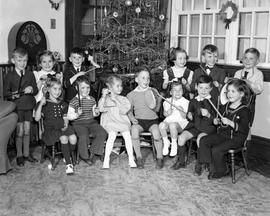 One image of Mrs. H. Kilpatrick's Kindergarten class performing for their mothers as the "Rhythm Band" at their annual Christmas Party. In the back row, from left to right, are Roy Hood, Catherine Cressey, Mitchell Wolrich, Patsy Ruddy, Ronny Bauslaugh and Bobby Savage. In the front row, from left to right, are Jane MacDowall, Fred Salsbury, Beverley McGinnis, Garry Martin, Deanna Strugness, Andy Grant and Scott Maitland. 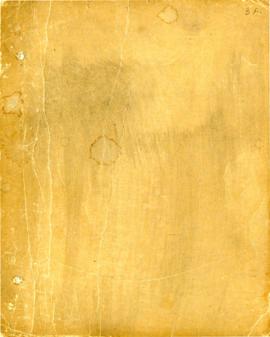 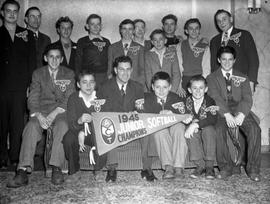 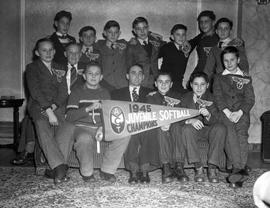 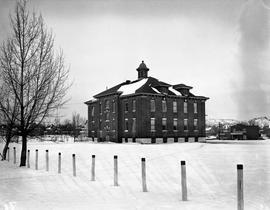 One image of Central Public School on Elgin Street in Sudbury, Ontario. 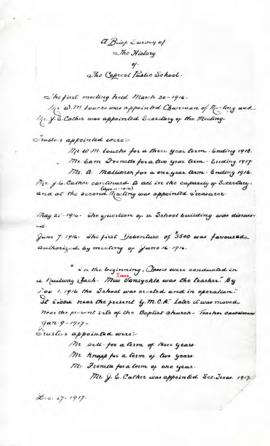 A Brief Survey of The History of The Capreol Public School

This series consists of the administrative records created and/or retained by the Springfield School Board.
The records include attendance forms, correspondence, Trustees' Declarations, newspaper advertisements and notices, and motions and resolutions.