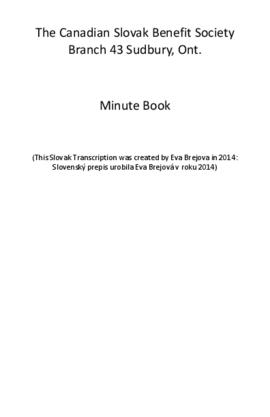 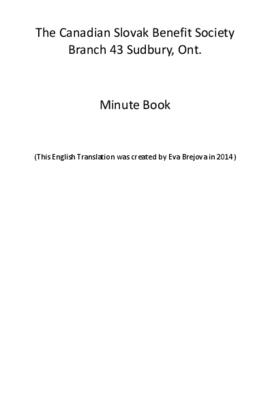 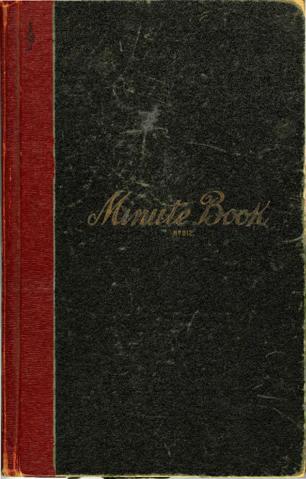 File consists of one bound, handwritten volume of the minutes of the proceedings of Branch 43 of the Canadian Slovak Benefit Society (C.S.B.S.). Outlined in the minutes is the regular business of Branch 43, including the collecting of dues and monetary donations for the C.S.B.S.; discussing and voting on which members in need of financial aid would receive it and if any members were in need of a sick-bed visit or flowers, and the planning of fundraising events such as dances, New Year's Eve parties, Mardi Gras parties, picnics and concerts. The minutes also record the meetings' 'free discussion' period where members could put forward ideas and discuss what was happening with other local C.S.B.S. branches and any events that were happening at the Slovak National House in Sudbury. Other events mentioned include the annual Canadian Slovak Benefit Society Convention; the October 1954 Branch 8 of the C.S.B.S.'s legal action against Branch 43 due to claims that members of their group who left to join Branch 43 stole property from them (this was eventually settled between the branches out of court); guest speakers including the Head Treasurer, Brother Mastan from the Timmins C.S.B.S. on November 15th, 1953 (regarding Branch 43's unity and cooperation with each other) and the annual vote for the new executive committee, which included a Chairman, Secretary, Treasurer and Entertainment Committee.

Both a typed transcript in Slovak and an English translation of the minute book is available.