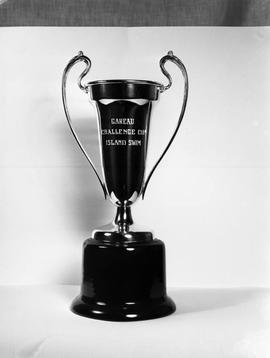 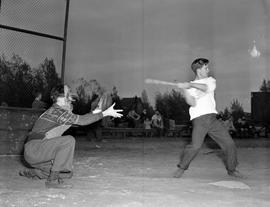 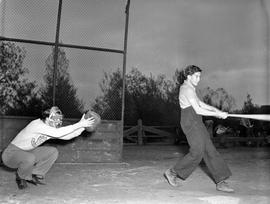 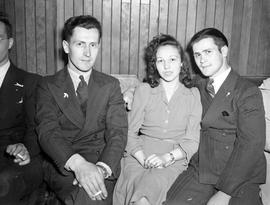 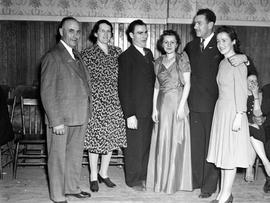 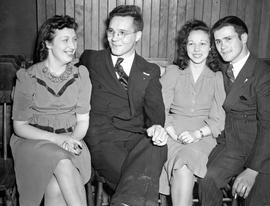 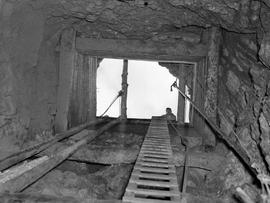 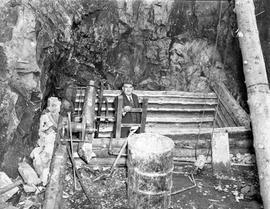 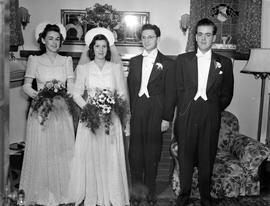 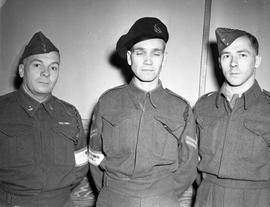 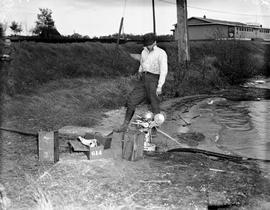 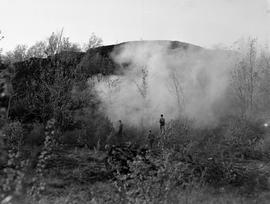 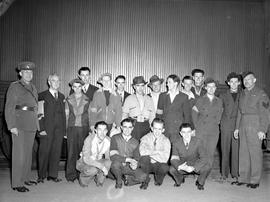 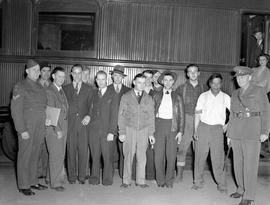 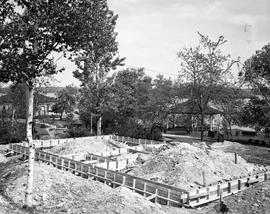 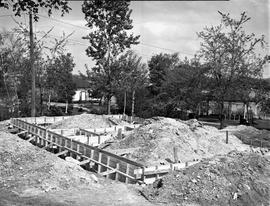 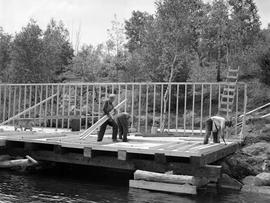 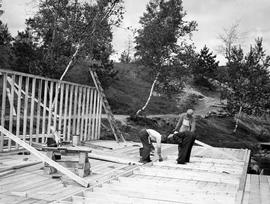 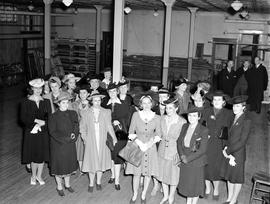 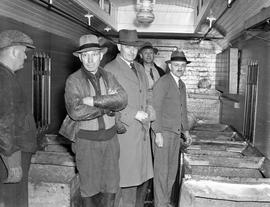 Sub-file contains photographic negatives of the "Gareau Challenge Cup Island Swim" trophy, the opening baseball game of the 1942 season for the Copper Cliff Midget League, Grace Shanks and Abbie Gagnon, the wedding shower held for Cecile Gagnon and Paul Richer, a mine shaft in Shakespeare Township, the Minters on their wedding day, a man standing by a water pump on the shore of a lake, a brush fire, groups of unidentified men standing beside a train car, a bathhouse being constructed at Bell Park on Lake Ramsey, Sandfield Hatchery on Manitoulin Island, Lockerby High School students who had won a Red Cross raffle during a dance at Cass Park, a Wolf Cub Scout rally, Margaret Watkins with a fish, six men standing on a dock beside a plane, YMCA swimming instructors and a little boy swimming in the YMCA pool.