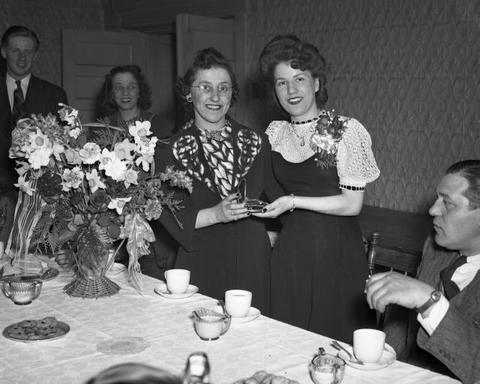 Nota sobre as publicações do editor

One image of Evelyn Disley standing behind a table with her mother, Mrs. P. Disley, during her going-away party at the Oddfellow's Hall in Sudbury, Ontario, which was held to celebrate her departure to Ottawa, Ontario for training with the Royal Canadian Air Force (Women's Division) during the Second World War.

Item has been digitized. Prints of image may be requested. Email archives@greatersudbury.ca for more information.

Evelyn Disley's going-away party was arranged for her by the Inco Employees Club Orchestra, which she was part of for several months before her departure.

Descrição do identificador do registo